Was watching some Meme about Kate and Leonardo Di Caprio on Facebook. In it, it appears like Kate is concentrating on something, while Lee is completely into something outside. I had this same feeling a while ago, while I was in the library. And, I think I have mastered a little bit of it.

Just yesterday, I was running away from a domestic Dog, strolling with his guard. While, I make a move away from the Dog as it approaches me, she pulls it back and starts scolding it in her language. Oh, that’s not English or Kannada we use. How do the Dog know it? Well, even it get used to the culture. 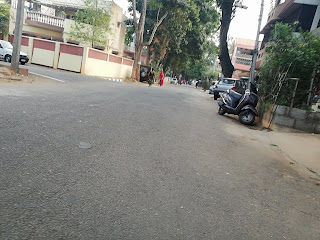 Lets not be Dogs, in everything else apart from Loyalty. We are getting used to the globalized or westernized culture more and more, especially with the influence of social Media. And, while I move ahead, I could move to the other end in which a lady is walking to get rid of a Dog. That’s how open we have become. And, the culture is not so same. The earlier people used to move towards the Dog to get rid of a LADY or a MAN in opposite.

While I understood it more today. and, I can feel the changes when you change the attitude. Just concentrating on something that I need to, getting out of the killing times of PUBG, and Instagram, and unwanted conversations… Which most of the Youths in the country are getting used to such things. The Youths forget their Goals of Life, to get the Pleasures of the Youth Life.

And, believe me, I made a video of such kind two days ago, and I know what happened that day. I was speaking of such things with a new friend, and I realized that my thinking was a truth. And, so Lee is still a Bachelor, but morely an Achiever. While, Kate, I have not heard much about her these years, only if it is not for ‘Titanic’.

Only through some personal research, I could understand a bit of Women. But, I still don’t recommend the book “Psych of Women”. Let me tell you why many girls were more successful in your college, because they ignore Boys. Just like the opposite that happened in that Kate-Leonardo Meme.

And, now that I ignore the both, I just hope to be more successful.

« Not-Coincidental: Talks about Karma and Dharma. The Forwardness of India : Then and Now »